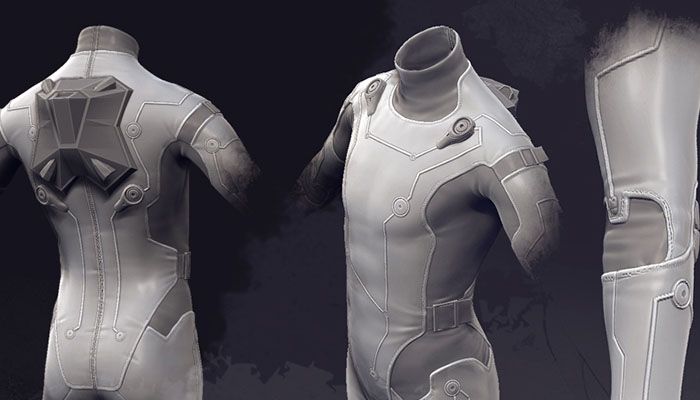 11-Week Class
Motion Capture is quickly becoming an industry standard. This workshop is broken up into two sections; "The Fundamental" section covers the basic of what Motion Capture is and introduces students to the core functionality of the industry leading tool for working with Motion Capture Data: Motion Builder. The "Performance Analysis and Enhancement" section focuses on high level concepts and workflows.
Get More Information
Apply Now

Motion Capture is quickly becoming an industry standard and the core goal of this workshop is to build a solid foundation of understanding for one of the fastest growing art forms we see in today’s film and video game industries: Motion Capture. We’ll start by learning the most important tools, functions and workflows found within Autodesk MotionBuilder. We want our students to get  comfortable with key framing within MotionBuilder, and by the end of the workshop have  the ability to modifying and enhancing a performance.

Disclaimer: We'd like to advise all Mac users that Motion Builder, the software you'll learn and work with during our motion capture workshop is not available for Mac.

We’ll review what was discussed in the tutorial videos and do a Q&A on the material covered. We’ll also have a LIVE DEMO of the first exercise: “The Flying Saucer”, where we’ll cover the basic steps shown in the video from the previous week and then we’ll take things a bit further.

Week 2: Anatomy of an Action

Hop reference videos will be reviewed and we’ll get an introduction to my Anatomy of an Action philosophy (a method for breaking down an action into its most important poses) as well as my keyframe workflow passes (block, rough, polish) We’ll also introduce 'key framing tutorial videos'.

First, we’ll take a moment to review the key framing videos introduced last week, then I’ll walk everyone through my application of the Anatomy of an Action to my hop reference and block out an animation of a hop in MotionBuilder.

We’ll take a look at how people made out with their hops and then assign a small research assignment while also introducing *Motion Capture Introduction tutorial videos* A small research project regarding the motion capture industry will also be assigned.

Live Demo of a “Simple Action” (mocap) protecting and editing the performance. Anatomy of an Action will be used to help identify key poses to enhance.

Review of Simple Action and Q&A.

Taking the basic cycle to the next level: a benefit to film, TV and games. Live Demo: Extracting the base cycle and making it loop.

LIVE DEMO illustrating how to make natural modifications to mocap data as well as adding organic detail that may have been removed during the cycling process.

Review the WIP on the Final Assignment and/or the first mocap exercise.

Week 11: Anatomy of an Action (The Sequel)

Go back and revisit the hop data, but this time apply AoA to extract key poses from which to animate with using the story mode.

iAnimate does not offer any Autodesk Motion Builder licenses and its the users' responsibility to obtain a legal version.  For any license purchase or inquiries, please visit or contact Autodesk directly at https://www.autodesk.com

Know that we do offer to all iAnimate Students the possibility to purchase an education license for Autodesk Maya. Learn more: http://store.ianimate.net/product/maya-quarterly-license