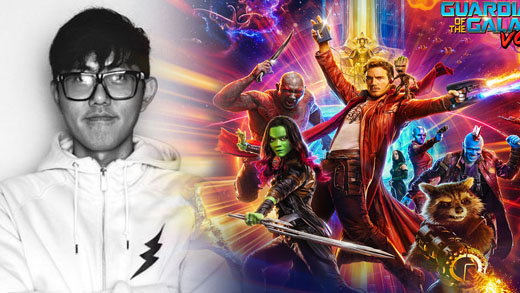 Almost exactly four years ago back in 2013, was one of my lowest point in my animation career. Disney shutdown the entire Lucasarts and everyone from San Fransico to Singapore (where I was) were laid off. The big games that we were all working hard on to bring LucasArts back to the map just vaporized overnight like Alderaan in A New Hope.

Having spent many years in games, I really wanted to fulfill my Animation dream to work on films, so using my unemployment as a fresh start,
I joined ianimate to upgrade myself and never looked back ever since. I learnt so much invaluable knowledge from Ken Fountain's WS4 that
gave me the performance skills to get me a job in ILM Singapore.

I worked on a feature film called Strange Magic and even took WS5 while I was in production, animating shots in the day and my assignments at night.
But because of that I grew much more as an Animator, and manage to extend my contract and worked on the Warcraft movie, which was a dream come true being a fan of the games.

After Warcraft, I manage to get my first overseas gig and joined Framestore here in London and have been here ever since. I worked on the recently released Beauty and the beast, Dr Strange and the upcoming Guardians of the Galaxy Vol. 2. and I'm currently working on Thor Ragnarok.
Looking back from being jobless and virtually a nobody in the industry, all the way in tiny Singapore. Fast forward to today and now I find myself working here in London along side some incredible and great animators like Alvise Avati and Arslan Elver. And it all started with taking an iAnimate course, in my bedroom, learning and getting trained by instructors on the other side of the world.