I just started a new job at Blizzard Entertainment, in their cinematics department. It's incredible so far, and I'm always sure to give iAnimate a lot of credit for where I am. I'd be happy to answer your questions.

iA: Did you get your dream job after taking our workshops?

Yes! Two months after completing my final workshop, I was selected for the Pixar summer animation internship, which was my first industry job.

Happy New Year! In our 48th podcast we talk with Ted Ty, India Barnardo, and Martyn Smith. Ted has over 24 years of experience at the feature animation level, has animated on 20 feature films, and has been teaching in our feature animation workshops from day one. After spending two decades at Walt Disney Anmation Studios and Dreamworks Animation, he moved back up to Montreal Canada to become a Animation Director on L'Atelier Animation's first feature Ballerina. What made this podcast so fun and interesting other than catching up with Ted and hearing about his new role, he was joined by iAnimate student India Barnardo and iAnimate alumni Martyn Smith; two of the many iAnimate students he hired for Ballerina. 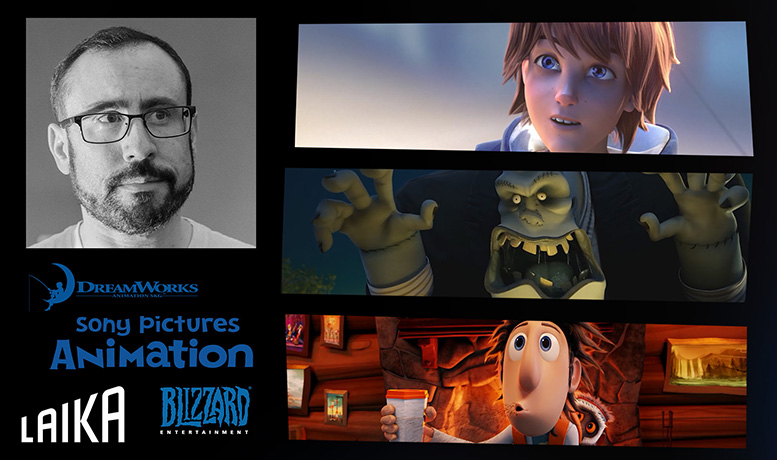 In our 44th podcast we geek out with Blizzard senior animator, Jeremy Collins. Prior to animating for video games, Jeremy worked as a character animator on a number of animated features & VFX films such as Tangled, Alice in Wonderland, Narnia, Cloudy With A Chance of Meatballs, and I Am Legend. We spoke with him about his time at Disney working with Glen Keane, working on fan favorite game World of Warcraft, and advice having worked in multiple areas of the animation field.

Marty is an industry ready rig we've teased about in past newsletters and on the blog, and is ready to be released in the coming weeks to our students. Our very own Jason Ryan has been testing the rig with some dynamic poses as well as a fun little animation. Marty has been modeled by the very talented Juan Solis and rigged by the renowned Victor Vinyals. We're excited to see what our students do with this stylized and rich character.

In July 2010 we opened our doors with the goal of bringing top notch training, by talented industry professionals, to artists homes around the world. In that period of time we've helped thousands of artists achieve their goals. This is a brief highlight of our five years in the animation industry and showing some of the best student work during that time.