In our 37th episode we talk with feature film, game, vfx animator, and iAnimate creature instructor, David Gibson. David has been animating professionally for 12 years. He most recently shipped Evolve as Supervising Animator before joining Blizzard to animate on Overwatch. Prior to working in games, David animated on Feature and VFX films such as Cloudy With A Chance Of Meatballs, Enchanted, Charlotte's Web, Arthur Christmas, Spider Wick Chronicles, oh...and Beverly Hills Chihuahua! He had some valuable, and humors, insight to share. Don't forget to watch both his Evolve reel, as well as animation process on the Behomoth creature. Both great stuff!

Check out this very cool behind the scene look at how PIXOMONDO created the dragons for Game of Thrones Season 4. If you want to learn how to animate creatures like this from our very talented instructors, check out our Creature Animation workshops. ;) 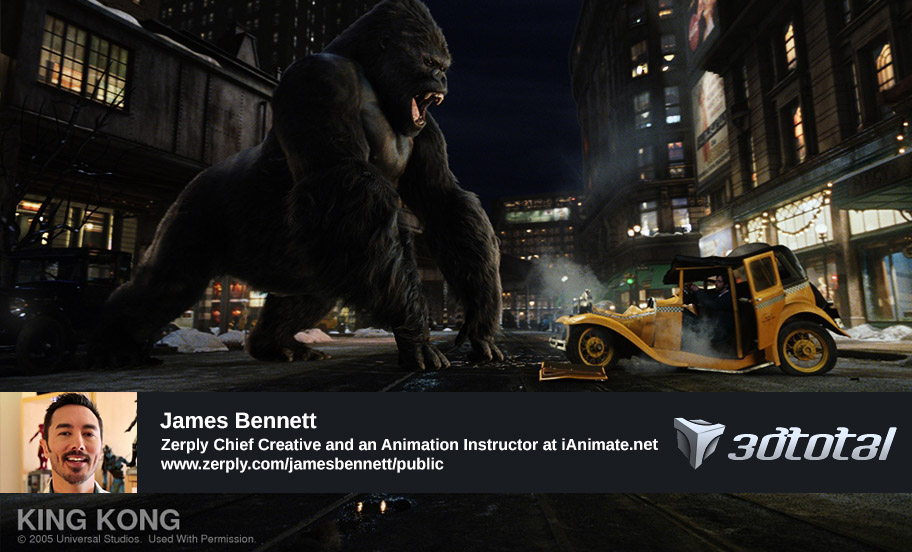 Our friends over at 3D Total recently did an interview with one of our amazing Creature workshop instructors, James Bennett. They chatted with James Bennett about an animation career spanning King Kong and How to Train your Dragon, plus we get his pro tips for taking control, as well as his top showreel advice!

>> Link to the interview