This is a quick, but cool, demo by Game instructor Richard Lico on how he animates the ears of his little mouse character using aim constraints in Maya.

In our 31st podcast, we interviewed Bungie Principal Animator, Richard Lico. Richard was a Sr. Art Lead on Bungie’s recently anticipated title Destiny. This was Bungie’s first mutli-platform title release since having been exclusive with the Halo franchise, and Richard was a part of the project from its infancy. He was responsible for the overall character animation technology and working with the art director to set the animation vision on Destiny. He’s been in the game industry since 1999, and has a passion for animation and game design that definitely showed in the podcast! 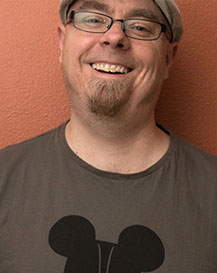 Excerpted from his weekly iAnimate lecture, iAnimate Games instructor Richard Lico describes the week's assignment with emphasis on the importance of planning and reference videos.

Making of the Fallen Statue

Our Games insructor Richard Lico, recently posted this about the game he's currently working on over at Bungie.

iAnimate Lab - No. 9 with Richard Lico