Never forgetting those Ah-ha! moments along the way. 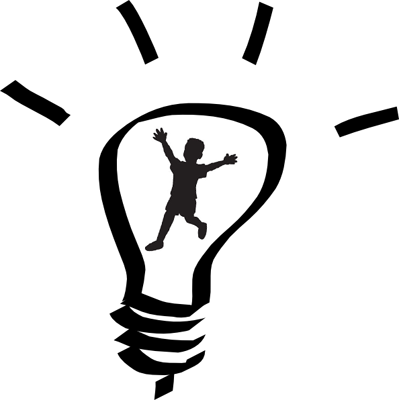 It's progress reel review week here at iAnimate, the week where all workshop members who are interested in advancing to the next class put together a reel of the animation they created during the 14-week block and post it for all to see.  Its such an inspiring and entertaining time browsing the various videos, from the most foundational bouncing ball to the most sophisticated and cinematic scenes.

Its also inspirational, and a bit nostalgic, to read the outpouring of student gratitude for their teachers and their peers. It always reminds me of some of the lightbulb moments I had while first learning...

Spacing!  I remember feeling flooded with godlike power when the concept of spacing really clicked.  Realizing that how far an object travels frame for frame, or the “space” between each “drawing”, was directly related to speed and acceleration was like being given the controls to the rotation of the Earth itself.  Once I really understood that concept, the ability to convey a sense of force and energy was at my fingertips. It’s when I first felt like I could really animate.

Planning! Like most excited newbies with a new tool in their hands, I usually jumped right in to “making something” without taking the time to plan.  When I started heeding the advice of my many mentors and manuals, and took the time to thoughtfully plan what I intended to animate, I remember my work feeling irreversibly changed.  Analyzing the subtext, thumbnailing the poses and beats, and taking the time to “block” in the scene first suddenly helped me create performances that were more clear and entertaining, and helped me avoid the inevitable backtracking when changing my ideas mid-stream.  This was when I became attached to the idea of blocking in stepped mode, and treating that phase like I was developing a detailed storyboard.  I’ve only refined that process as I’ve gone along, and I’m so happy I was set on the right path.

Intent! Creating a “thinking” character is an obvious goal.  It’s the difference between something merely moving and it feeling really alive.  But what I hadn't really thought about when I was beginning to animate was how much thought, especially the idea of intent, is involved in the most simple mechanics. What part of a character is conveying the intent of their eventual action? Things like reaching a hand toward an object as they are deciding to pick it up, or beginning to “fall” in to a walk or run.  The light bulb moment for me was when a mentor showed me that I needed to have my character look in the direction he was intending to jump. Wow! Seeing the intent in the head, and especially the eyes, made this basic mechanics exercise instantly go from robotic to human.  Again, godlike power.

Pushing a pose!  For the longest time I had been reading that phrase in animation books and articles and never really knew what it meant.  I mean, I knew it meant making the pose better by making it more dynamic and interesting. But how? In what way? It wasn’t until I began taking figure drawing courses and was guided through the human anatomy, through both scientific diagrams and live models, that I really began to understand the methods by which a pose can be pushed.  When I began to gain a better understanding of how the human body moves and poses - the structure and limits of the skeletal system and major muscle groups - I began to be able to “feel” how a pose could be enhanced through increased muscular flex and better natural flow.  Animation, to me, is all about communicating simple ideas through caricatured movement. Beginning to learn this skill was a huge step toward more clarity and potency in my performances.

Developing an “eye”!  The idea of “polish” is always the most enigmatic topic any animation student tries to understand.  It only becomes slightly more clear as you move along, really, but you do eventually notice that you have a better ability to see your mistakes and imperfections more easily the more you animate.  I remember the leap came when I was already working, but it stemmed from a technique I learned while schooling - tracking your arcs and spacing with a dry erase pen on your monitor! The technique is now relatively commonplace, but at the time I learned it my mind was blown. I remember the first shot I tried it on revealed so much, and improved so much as well.  I became an addict, always carrying an assorted set of colors with me to every freelance job (and sometimes a sleeve of acetate sheets)(I know. Nerd.)  And that meticulous practice, shot after shot, eventually developed in me an “eye” - the ability to to see my spacing and track my arcs without creating the maelstrom of dots and dashes.  Simply being able to “see” pops and jerks, and then being able to scrub through and locate the exact frame that is the culprit is the direct result of my early acetate artwork.  I will be forever grateful to the folks who showed me that trick, and all the others for that matter.

There are many many more, and I can’t even begin to thank all of the mentors, supervisors, directors and co-workers that have added to this arsenal of animation power I sometimes fool myself in to thinking I have.  And the common thing they all shared was their willingness to spend the time necessary to make sure I understood, their willingness to answer questions, and the understanding that it is an ongoing dialog.  Animation is hard.  It involves a lot of disciplines at once, all mashed together in ever changing amounts in order to produce something that looks effortless and simply “alive”.  If it wasn’t for open dialog with all those folks who were better than me (and still are) I wouldn’t have known how much I had to learn.  And still do.

So, what I guess I am getting at is that if you are lucky enough to have mentors, supervisors, co-workers or friends you can have this dialog with, take full advantage of this.  Reading books and watching videos can be valuable, yes.  But, there is nothing compared to one-on-one live conversation about your work and workflow. Experience is the most valuable commodity in this profession, so if you can talk to, listen to, and ask questions of someone who’s got a lot to spare, do it.

What are some of your lightbulb moments - here at iAnimate or elsewhere?  Drop some comments below and add to the conversation! :)