Having the opportunity to work on a feature film project is a dream come true for all aspiring character animators. This month we’d like to showcase the work of former iAnimate student, Cesc Pujols. Cesc was hired by Sony Imageworks right after his graduation from iAnimate to work on the sequel of Cloudy With a Chance of Meatballs. Have a look at his final animation where appeal, genuine acting and solid body mechanics come together to create great entertainment.

iAnimate Lab - No. 12 with Sean Callan 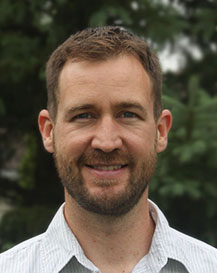 Excerpted from his weekly iAnimate reviews, iAnimate Modeling instructor Sean Callan reviews a student assignment for the modeling workshop. See below for some of the work students in the workshop are already producing and not even half way through the block yet.

Do you want to learn to build props for your animations? Visit the Modeling for Animators page for further information.

Rigging Workshop - More Affordable Than Ever

iAnimate has a great rigging workshop program and we've decided to reduce it's price to make it more affordable for all animators who would like to expand their technical knowledge. Learn more about our rigging program and our instructor Jonah Austin.

Foodimals Animation in "Cloudy with a Chance of Meatballs 2"

Tags: Cloudy With A Chance of Meatballs

Interview with iAnimate feature animation instructor Ted Ty. Be sure to visit our Pixel Challenge page to watch Ted's lecture on Genuine Acting given back in June.