It's that time of year again where we get to gather around this great medium we all enjoy. iAnimate.net will once again be participating at the upcoming CTN Animation Expo from November 15th to 17th and some of our instructors will take part in the main events. So make sure you plan out your schedule and visit us at booth B14, we would love to meet you.

Workshop 2 with production tested professionals Simon Unger, Colin Graham, and Brent George. We have been working hard on providing our students the best education and experience possible. 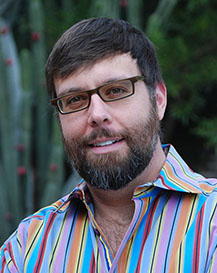 Our friends over at AnimDesk recently did an interview with iAnimate Games instructor David Lam, and iAnimate Feature instructor, Jim Van der Keyl. David is a Lead Cinematic Animator at Naughty Dog, and Jim is a Character Animator at Blue Sky Studios. Just in case you may have missed our podcast with David, you can listen to it HERE.

Having the opportunity to work on a feature film project is a dream come true for all aspiring character animators. This month we’d like to showcase the work of former iAnimate student, Cesc Pujols. Cesc was hired by Sony Imageworks right after his graduation from iAnimate to work on the sequel of Cloudy With a Chance of Meatballs. Have a look at his final animation where appeal, genuine acting and solid body mechanics come together to create great entertainment.