Do you want some solid character animation tutorials, but at a ridiculously low price? One of our feature instructors, Ken Fountain, has just release parts 2 and 3 of his 'Attitudes & Acting Beats' series. Get them and his other tutorials at: http://splatfrog.com/ and get a taste of what you can expect from Ken as an instructor here at iAnimate.net 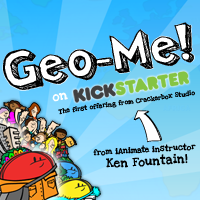