Does either path make you a better animator? 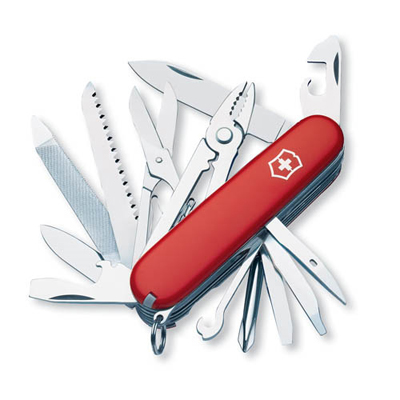 I recently asked this question as a Facebook post: “Which do you find more valuable - to be ‘specialized’ in your craft (animation, modeling, rigging, etc.)? or, to be an all around ‘generalist’?”  I like asking this question a lot, actually, to get a feel for where the industry is going.  It’s an old habit from a time when I was just learning what I wanted to pursue and how to make money as an artist...

Like many of you, I have a bit of an addiction to learning new tools, so my tendency was to absorb everything I could get my hands on.  At the time, back in the 90’s when I was playing music and freelancing as a graphic designer, the goal was to add as much as possible to my list of “services”.  My desk was stacked with mammoth manuals and my wee little Mac was packed with volumes of pirated software (for educational purposes of course.) ;) I kept up on classes at my local art center as well as attending every convention and seminar I could afford a ticket to.  I wanted to be able to walk in to any studio anywhere and be able to do anything.

And then I started animating.

Once I discovered the set of traditional and digital tools to enable me to re-discover a childhood dream, I treated it like a giant career reset button.  I lived in the glow of light tables and monitors.  I scanned and rigged and studied and worked in to the wee hours of every night, it seemed.  Having a friend stop by my studio to make sure I was alive was not an unusual occurrence. Soon I wanted the warmth and comfort of a long project at a stable studio.  I wanted my name attached to something big, something I could be proud of in a new way.   And once I started receiving those rejection letters from my dream jobs, I realized I needed to make a choice. If I wanted to be an animator, I needed to simply animate.  I needed to specialize.  I needed to take a break from the magic and power of the plethora of new tools and dive deeper in to the magic and power of one thing, the thing I enjoyed the most: animating.

Years later, while wandering the breezy and flower filled walkways at arguably the largest animation studio in the world, I was able to reflect on the path I travelled to get there.  I wondered, was it a waste of time? Could I have been here earlier, with more experience under my belt and possibly more status? Could I be a better animator? Or does my background make it easier for me to get along, even here where specialization is the key?  The more I asked that, the more I discovered it was the latter.  “Generalist” knowledge does make it easier. I truly believe it to be an advantage.

Becoming specialized at any craft requires that you become a part of a team.  Being a part of a big team is at truly awesome thing, and feature film animation must be done with a very large one. There are so many different parts to that big team at a feature animation studio, and those who have a better understanding and appreciation for the other parts of that huge process tend to have an easier time (now you can even learn to rig here!)  Less misunderstanding leads to less bad feelings.  And people who don’t hate each other tend to help each other a bit more.  And people who help each other create better things. School environments like this and others are a great first example of that, I think.

Creative collaboration is always greater than the sum of its parts, and if you appreciate your teammates’ responsibilities, understand their part of the pipeline, and can speak their “language” you have a much better chance of creating a great working relationship, possibly even a friend if you’re lucky.  I can’t tell you how much ill will I witnessed between departments simply due to an inability to communicate, or from people feeling misunderstood or under-appreciated.  It happens at any workplace really, but an animation studio can be a flash pot of fragile egos far too easily.  I can’t claim innocence in that respect.

Some of my best memories were created when making an actual connection with a team member from another department.  When a inter-department phone call or a creative meeting ends in laughter and happy conversation, well, that’s just a great feeling.  I think the ability to “walk in each others shoes” helps to bring that about more often.  So, in that regard, I have been lucky enough to feel like I have the tools to do that, precisely because of the long and broad path I took to get to this particular specialty.

But what I don’t mean to suggest is that there are only two kinds of people in animation; those who have broad technical skill and those who don’t.  One other great revelation I had while sitting around lunch tables, art tables and conference tables (we sit around a lot of tables) is that everyone involved in these amazing teams arrived there by way of their own long and broad path.  These great artists, at least the one’s I have been privileged enough to meet and work with, not only filled their lives with extensive art study and practice, but also allowed their interests and abilities to flourish in other surprisingly related areas. I discovered I was surrounded by award winning athletes, accomplished musicians, former physicists, and fearless adventurers. (And let’s not even talk about Hockey!) ;)

Hearing the stories of other people’s wildly different journeys to get to the same place is, and continues to be, incredibly inspiring. And it reminds me that the idea of “generalist” does not simply apply to the modules inside of Maya.  It should also apply to the broader world; a “life generalist”.  Few other art forms require the vast array of physical and psychological knowledge that animation does.  It is literally a collage of all of your experiences brought to life in different combinations on a character by character, shot for shot, and frame for frame basis. And the more you know, and the more you allow yourself to experience, the more you can bring to every frame of your animated performances.

But, heck, that’s just my single perspective. Share your stories with the iAnimate community and post here.  It’s a great topic to talk about.

So, what is my unsolicited response to yesterday’s Facebook question?  Sure, specialize in what you love.  But don’t be afraid to take the long road to get there.  Be an animation specialist, yes. But be a life generalist.