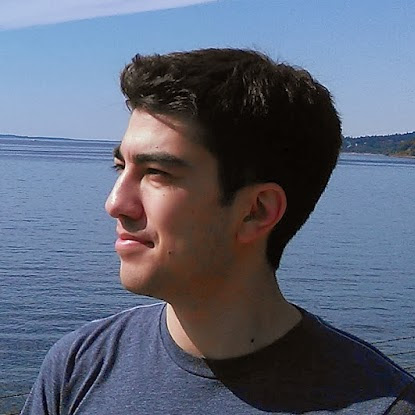 Lighting workshop student, Warren Seeley, wrote our lighting instructor Frederick Gaudreau an email about his appreciation of the course. It's always great to hear what our students have to say.

Hey Frederick,
I know I've already said something like this but the class was truly amazing.  I learned a lot and I'm gonna take it with me moving forward.  The exercises were fun and challenging.  Didn't feel it was unreasonable or unrealistic at all.  Every student should be able to perform at that level even with a full time job.  And I see the importance of showing us how to do the basics like just using Maya software to render.  It's like we have to crawl before we can walk and walk before we can run.  For those who haven't had a formal introduction to lighting, this is a really good approach.

I don't feel as stressed now when it comes time to render my shots!  Compositing with nodes is so much better.  Never again with after effects lol.  If Nuke ever gets around to releasing a free watermark version I'll use it but I'll familiarize myself with Fusion.  I know it's pretty similar.

Thank you again for everything!  You are an awesome instructor!

All the best,
Warren

Our very talented Feature animation student, Alaa Afifah, shares his thoughts on his time at iAnimate as well as his animation journey. Read his write up below & watch his very entertaining acting chops in his reel.

iA: What is the biggest thing you took away from your time at iAnimate?
Mmmmm I would say there are too many things, but the main thing that I took away with me was to learn how to observe and understanding animation on my own. Because the tools and the criticism that I had been given by my instructors, has given me all that I need to continue my career on my own.

iA: What is the most surprising thing you have learned while in the "studio life"?
I would say every new project I get to learn something new, there is always a challenge to get the idea across. But the greatest thing I have acquired is Speed! 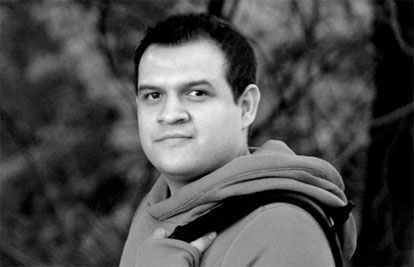 Feature Animation student, Moy Parra, had some fun with our character Crea in this action sequence. He says: A few months back I started sketching the basic beats of the sequence and at the time I came up with 6 key drawings. As I started working on this I realized that I would need a lot more than 6 shots to tell the story that I wanted to tell and so rather than setting my goal to finish the piece in 30 days I decided to rather give myself 90. It actually ended up taking around 10 weeks, anywhere between 3 to 5 hours daily.

I was able to work on the sequence at nights after the family went to sleep and whenever I could during the weekends, and any time that I had a quiet moment, I would conduct a sort of "dailies" in my head so that I could simply execute whenever I got to the computer.

Our talented Game animation student, Olov Johansson, shares his thoughts on his time here as well as his animation journey. Read his write up below & watch his action packed reel.

Still being new to animation I never had the chance to talk to other animators before getting into iAnimate. It has been a great way to get to know people with a common interest and to be in an environment where people talk about animation with sincerity and intensity. It is really valuable and inspiring to have instructors that are invested and enthusiastic about animation and each students work.

Feature Alumni, Sebastian Kalemba, was picked up by CDProjekt Red about 8 months ago and was able to make a big contribution to the highly anticipated Witcher 3 game. He's now currently lead of CDProjekt Red next big release 'Cyberpunk 2077' and the expansion packs.

iA: Why did you decide to enroll into iAnimate?
Back in 2010 I was out of work and struggling to break into the animation industry. I attended CTN-X thinking that I might somehow land a job. It turned out everyone who reviewed my reel thought I needed more training. I was pretty disheartened after hearing that, as I had already spent a year going to a school in Vancouver, BC, had worked a 3D job for almost 3 years, and I didn’t have the time or money to attend a brick and mortar school again. That’s when I stumbled across iAnimate’s booth, and met Jason Ryan in person. He told me about the school and the fact that I could take a break between workshops if I needed, and he seemed so genuine that I was sold. I first started out with the feature programs, then after a year’s break decided to pursue gaming animation. I completed the gaming program in August, 2014.